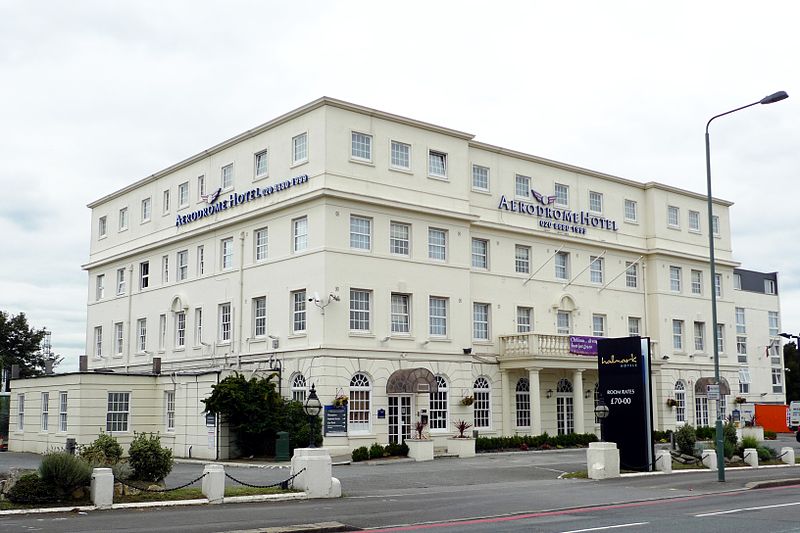 There are fears that what is thought to be the world’s first airport hotel is on the verge of closure – though no-one at the historic establishment is saying.

Based in the Purley Way, the 109-room hotel was opened in 1928 and was the world’s first airport hotel designed to be part of Croydon Airport, which closed down in 1959.

But stays at the Croydon Aerodrome Hotel can no longer be booked, with one resident claiming that their Christmas party bookings had also been cancelled.

For the next three months, no rooms at the hotel can be booked online. It is a Best Western Signature Collection hotel, but the chain said it does not directly own or operate it.

The hotel is run by LGH Hotel Management, but it has yet to respond to queries about the hotel’s future.

The hotel has a 3.5 star rating on TripAdvisor, with mixed reviews from customers. Many say the staff are good but complain about the condition of the hotel.

A review of a one night stay posted in October reads: “Was very impressed by the whole experience.

“Staff very friendly and helpful both on booking in and breakfast. The room was clean and warm. Fresh linen and towels. Breakfast was very good with plenty of choice and amounts. Would definitely stay again.”

But another reviewer from September left a post hinting at underlying issues. They said: “The reception and bar staff were great and couldn’t have been better. [But] they were the only thing pleasant about the experience.

“The building facade makes it look like a classy four-star hotel. It’s all a facade though, as I wouldn’t rate the actual facilities more than two stars at best (and only because the staff were good.)