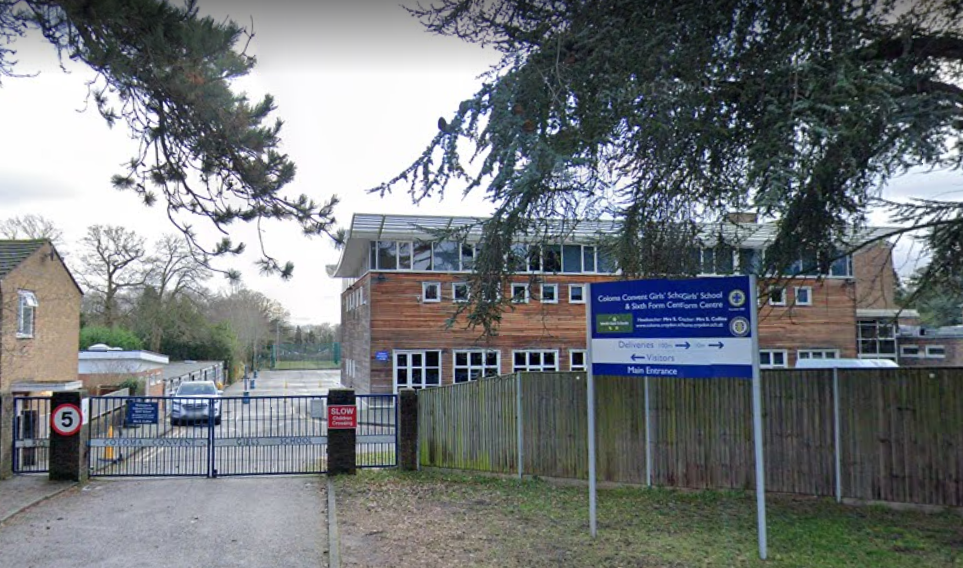 Croydon’s ‘best secondary school’ has been told it needs to improve by Ofsted after its first inspection in 12 years.

Inspectors found the quality of teaching at Coloma Convent is “variable”.

In the 2020 Real Schools Guide, the girls’ school in Upper Shirley Road was rated the best in Croydon and one of the 100 top schools in the country.

But the school hadn’t been inspected for more than 10 years, as ‘outstanding’ schools were exempt – this was lifted by the government in 2020.

Ofsted inspectors visited the school at the end of 2021 and published a report last week.

It was rated ‘requires improvement’ overall, despite being rated ‘good’ in three of the five areas.

The report reads: “Most teachers have high expectations of every pupil. Many
pupils go on to study at top universities. However, pupils’ experiences in lessons are variable.”

The Catholic school got a new head teacher in June 2021 and inspectors note that while there is “much work to do” changes have been put in place.

It found education in the Sixth Form was good but in the lower school, staff do not consider what students have previously learnt meaning work is too easy, particularly for the younger pupils.

The report went on: “The curriculum plans are ambitious. Staff aim to help pupils learn subject knowledge and develop their wider knowledge of the world.

“These high expectations do not always translate into pupils’ typical experience in class.

“Subject teams have not planned how best to teach the subject content and which activities to choose.

“In some subjects, teachers do not assess pupils’ understanding in a systematic way. They do not adapt their teaching to address pupils’ misconceptions.”

In a letter to parents, headteacher Elizabeth Englefield said she was “grateful” that some strengths of the school had been acknowledged.

Mrs Englefield said: “We are very clear that the Ofsted Inspection has judged the school fairly

“School leaders recognise that the ‘requires improvement’ outcome will be a surprise for many members of staff, as it will be for many parents.

“However, leaders joining the school, governors, London Borough of Croydon representatives and the Archdiocese of Southwark were aware of shortcomings in the school’s provision, outcomes, and aspects of safeguarding over time.

“Some of these concerns were left over from the previous leadership team.

“These have now been fully addressed and the school is already on an upward journey of improvement.”