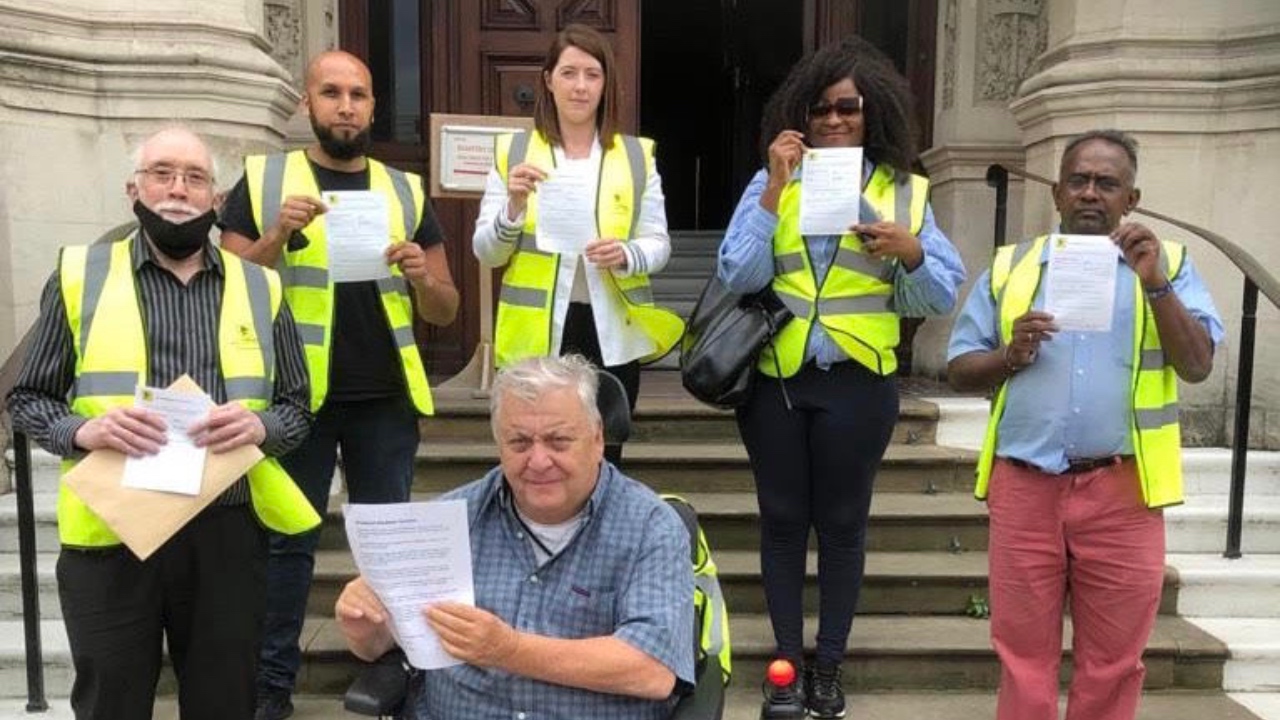 Angry Broad Green residents have done “all the work for the council” asking more than 350 homes for their thoughts on Low Traffic Neighbourhood (LTN) plans.

Motorists without a permit can be slapped with a £130 fine for driving through Parsons Mead – dropped to £65 if paid within 14 days.

Anti-LTN Campaigner Fabion Emmanuel has been given four tickets for driving through the cameras – but has only had to pay for one after appeal.

The 55-year-old has lived in Broad Green for more than 30 years but doesn’t live in a road he where can apply for a permit.

Mr Emmanuel doesn’t believe that the council did enough to let people know this was happening – after a June consultation finished in July – the council has not released the number of responses to its consultation yet.

He said: “The issue is simple, Croydon council is not following the process properly, many residents haven’t received any letters at all about the consultation.

“Broad Green is a deprived area with a lot of minority groups that live here.

“There is a lack of technology knowledge and most speak English as a second language. The council is asking 35 questions in the consultation, anyone would struggle to go through that.”

Campaigners have now taken the matter into their own hands, as a group of 10 volunteers visited more than 350 households in the area to get their thoughts on the cameras.

They say that 353 of 374 people they spoke to said no to the LTN. They delivered their findings to Croydon council last week.

Mr Emmanuel added: “Croydon council has failed in a big way to address this issue, we did all the work for the council.

“The council is being arrogant and is not listening, it is a money-making system. Democracy and justice is dead.

“I got four tickets – they withdrew three. I can’t work out why there is a massive injustice going on. It doesn’t make sense, person A gets let off and person B gets fined.

“The community feels bad because air pollution is hitting Mitcham Road and London Road where there are three schools.”

A Croydon council spokesman said: “The council delivered more than 1,200 leaflets to residents living local to the scheme, and installed on-street notices that link directly to the survey.

“Further, the survey was publicised widely on social media channels and via press release.

“The council acknowledges and understands that some of our residents may need the survey material in accessible formats and other languages, as such it was made clear in our communications that residents did have the option to request for accommodation.”

Consultation on the plans closed on July 14 and a decision is expected this autumn.

LTNs, including roadblocks and traffic cameras were introduced during the pandemic by government as a way to make lockdown life easier.