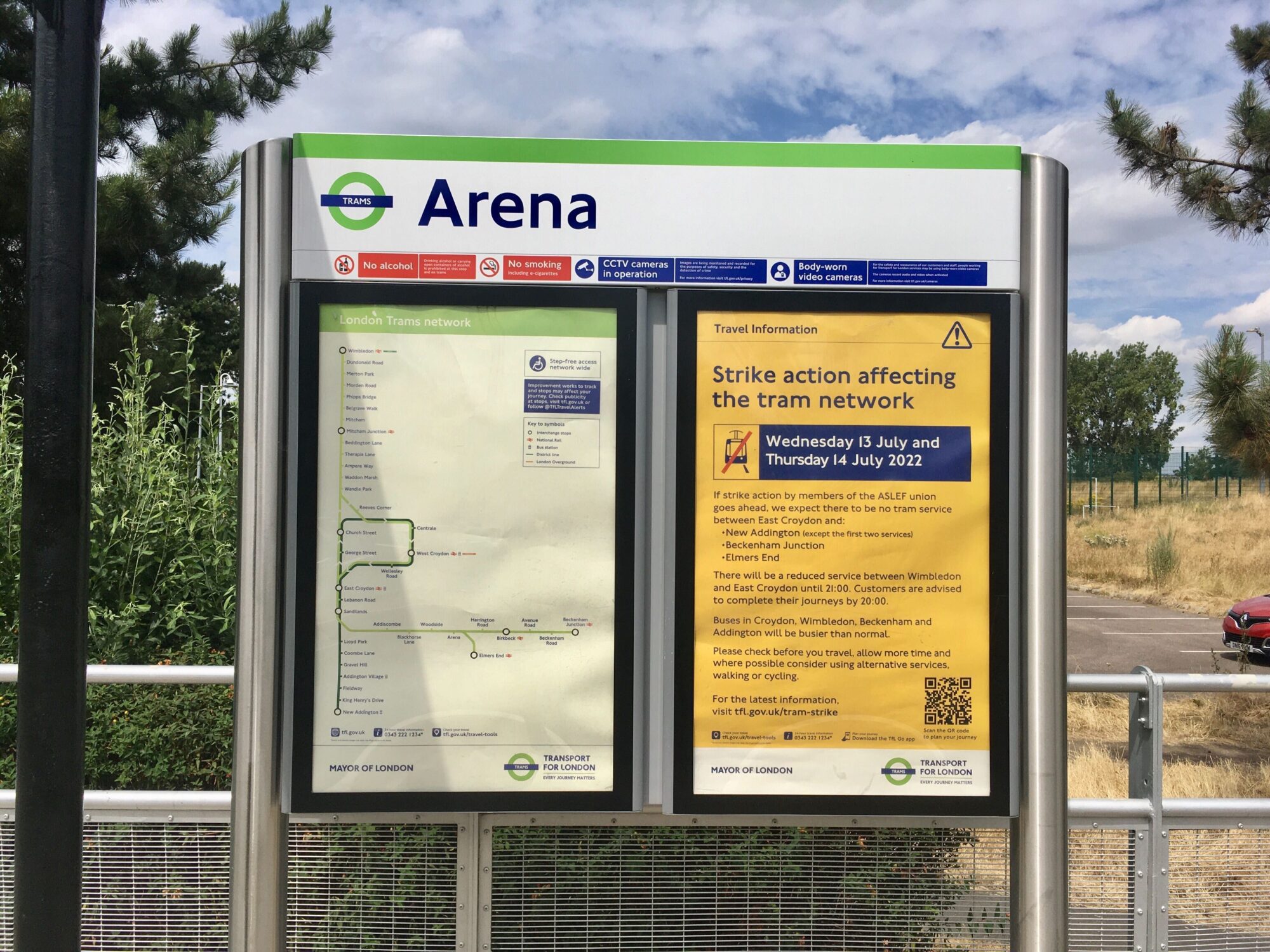 Tram drivers in Croydon who are “really angry” at the latest pay offer from their employer are set to walk out during a two-day strike over pay next week.

Members of the ASLEF union have rejected a pay offer of 4.75 per cent from London Tramlink, which they called a “real terms pay cut”.

Tram drivers are expected to strike on Monday and Tuesday, the Local Democracy Reporting Service understands.

Union members went on strike before for two days in June and July. A planned strike in September was called off after staff received a pay offer from First Group’s Tram Operations, which operates the system on behalf of Transport for London.

Finn Brennan ASLEF district organiser said: “The managements offer of 4.75 per cent is far below the current inflation rate and would mean our members face real terms pay cuts while their bills go through the roof.

“But what’s especially galling is that managers at Tramlink have been offered an additional 4.5 per cent pay rise, backdated to November 2021 while drivers pay has been frozen since 2020.

“Quite rightly, this has made our members really angry. There is an opportunity this week for management to return to the table with a fair offer if they want to avoid more strikes.”

A spokesperson for Tram Operations Limited said: “In November 2021 drivers were given change in terms equivalent to a pay rise of over five per cent, negotiated with Aslef and agreed by them at the time. Non-driver employees have been offered a similar rise, which they are considering.

“Given this, Aslef’s industrial action is unwarranted and will disrupt the local Croydon economy at a time when residents and businesses want to see growth again. We want to find a solution to this dispute – Aslef should call off these damaging strikes, come back to the negotiating table and tell us what can be done to resolve this situation.”

They added that the additional 4.5 per cent pay rise applied only to management, but all non-driver staff.