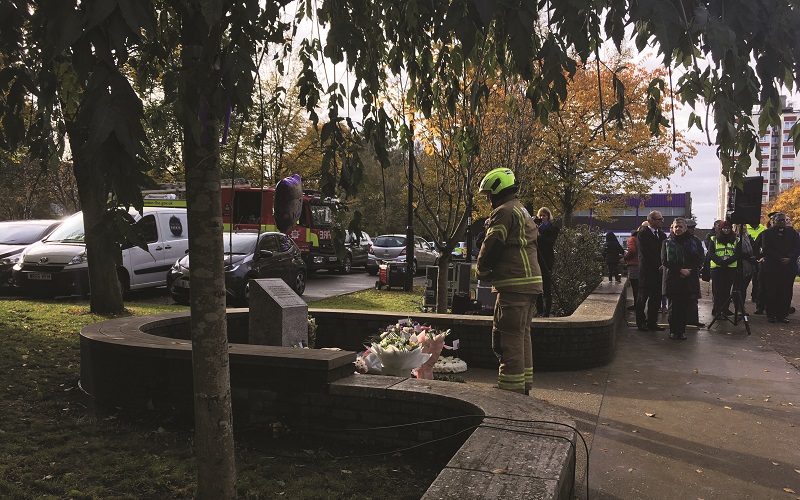 The Croydon tram crash death inquest has seen a jury return a verdict of accident.

The ruling comes more than four years since the tram derailed at Sandilands Junction on November 9, 2016.

Family members of the victims sat in the public gallery at Croydon Town Hall to hear the conclusion, which was delivered after the jury deliberated for just over nine days.

On Tuesday (July 20) the coroner gave the jury of 10 a ‘majority direction’ – this happens the jury cannot come to a unanimous decision.

A member of the jury giving the conclusion said: “The driver lost awareness and became disorientated probably due to a microsleep following this the driver failed to brake in time the result was a high speed derailment and the tram overturned causing seven fatalities.”

Throughout the inquest the jury and senior coroner Sarah Ormond-Walsh heard from a range of witnesses including representatives from Transport for London, Tram Operations Limited (TOL) and the Rail Accident Investigation Branch (RAIB) and British Transport Police.

The jury was shown a reconstruction by RAIB of the tram emerging from the Sandilands Tunnel at 78 km/hr as it reaches the bend out of the tunnel, this is where it starts to tip over and slides on to its side.

And while the driver, Alfred Dorris, did not appear as a witness at the inquest the jury heard accounts of his actions after the incident, and the transcripts from police interviews.

Gary Richardson, detective superintendent for British Transport Police read out a transcript of the Mr Dorris’ first account after the incident.

He read:  “Somehow I was disorientated and somehow thought I was going towards the Lloyd Park end of the tunnel, I then realised my speed was too fast to exit Sandilands Tunnel.”

The jury also heard shocking statements from passengers on the tram who remember being thrown into the air when the tram derailed.

A tram driver who was driving the opposite way, Patrick Bennett, was the first on the scene after his tram lost power he was told to go onto the tracks and investigate what happened.

At the inquest Mr Richardson relayed his account, saying: “He called the control room and was told to go out onto the track to see if he could identify the problem. He left the tram and walked towards the Sandilands bend. It became clear that the tram had derailed.

“As he got closer he witnessed Alfred Dorris trying to smash the front window of his tram.

“He assisted Dorris to smash a hole in the window to allow passengers to exit. Through the process Dorris didn’t say anything to him, he says Dorris was shocked. He took Dorris to his tram and added that he couldn’t speak at all.”

Rail accident investigator Simon French told the jury it is possible the driver had micro-sleep which could have been caused by sleep deprivation in the days leading up to the crash.

Describing the ‘causal factors’ of the incident in 2016, Mr French who is chief inspector for the Rail Accident Investigation Branch (RAIB), laid out three reasons for the crash.

He said that braking applied by the driver was insufficient to stop it speeding and said that if the curve of the Sandilands junction had been “more gentle” the tram wouldn’t have overturned.

Mr French said another causal factor was a temporary loss of awareness or the driver became disorientated.

On the first day of the inquest, the jury heard emotional accounts of the lives of the seven victims written by their family members.

Family members gathered in the public gallery at the hearing were in tears as heartfelt tributes or ‘pen portraits’ to each victim were presented to the jury – some were read out by those who lost loved ones.

Philip Seary was on his way to work on the day of the crash – he was a maintenance electrician at London’s Royal Opera House where he was one of the longest standing employees.

He was well known in New Addington and was chair of governors at Rowdown Primary School.

Robert Huxley, known as Bob, was described by his son Ross as “one of life’s true gentlemen”.

At the inquest, the tearful son said: “Memories of a wonderful sense of humour, of happiness and good times shared with loved ones and friends, which will be remembered with great affection for generations to come.”

Don Collett was a lorry driver for G4S and the company unveiled a plaque for him on what would have been his 63rd birthday.

His daughter Tracy Angelo said: “Though our lives are constantly changing, the grief remains the same and my thoughts  quite often now go to, one day my baby daughter will ask where her other Granddad is,  how do I ever explain this…. as we all know there are such devastating pictures out  there for the world to see of tram 2551, from an aerial view, laying on its side.

“We know that our darling, beautiful Dad was in amongst that devastation and all he was  doing like the majority on that tram, was going to work, up extremely early to go and  earn an honest living.”

Philp Logan was also on his way to work, as a bricklayer, that morning.

His granddaughter Danielle Whetter read out a pen portrait written by her grandmother Marilyn Logan – the couple had been together for 32 years and married in Cyprus in 2002.

Her heartbreaking words were: “The pen portrait said: “The effect on myself was absolutely devastating. In a way I am still in denial about the loss of my husband. All of my family were badly affected by the loss of a great husband and a kind man.”

Mark Smith’s son was just 18-months old when he was killed in the tram crash.

His mother Jean Smith told the jury that more than 700 people came to her son’s funeral from across the world.

She said: “Mark touched many lives in his short life and he continues to influence them in so many good ways, as his friends constantly tell me and it’s likely that he will continue to do so, this is the legacy of Mark and his character.”

Dorota Rynkiewicz moved to England from Poland in 2003 after studying economics and accounting at university. She married husband Andrezej on Christmas Day in 2005.

She was on her way to work as a manager at Millie’s Cookies in Victoria Station on the morning of the crash. Her daughters were just seven and five-years-old at the time.

Andresej’s statement, which was read out by the coroner, said: “Having to tell them about the crash was awful. Not a day goes by when the girls and I don’t miss her terribly.”

Dane Chinnery was the youngest victim of the tram crash at 19-years-old.

The Crystal Palace fan was a former pupil Addington High School and went on to work at Hydro Cleansing in Croydon.

His mum wrote: “I miss my son so much. I talk about him every day and try to envisage what he would be like now, and every day my image is my handsome 19-year-old Dane.

“We are all completely heartbroken and our lives will never be the same again. It’s still hard to believe we’ll never see my Dane again.”

The inquest into their deaths began on May 17 at Croydon Town Hall.