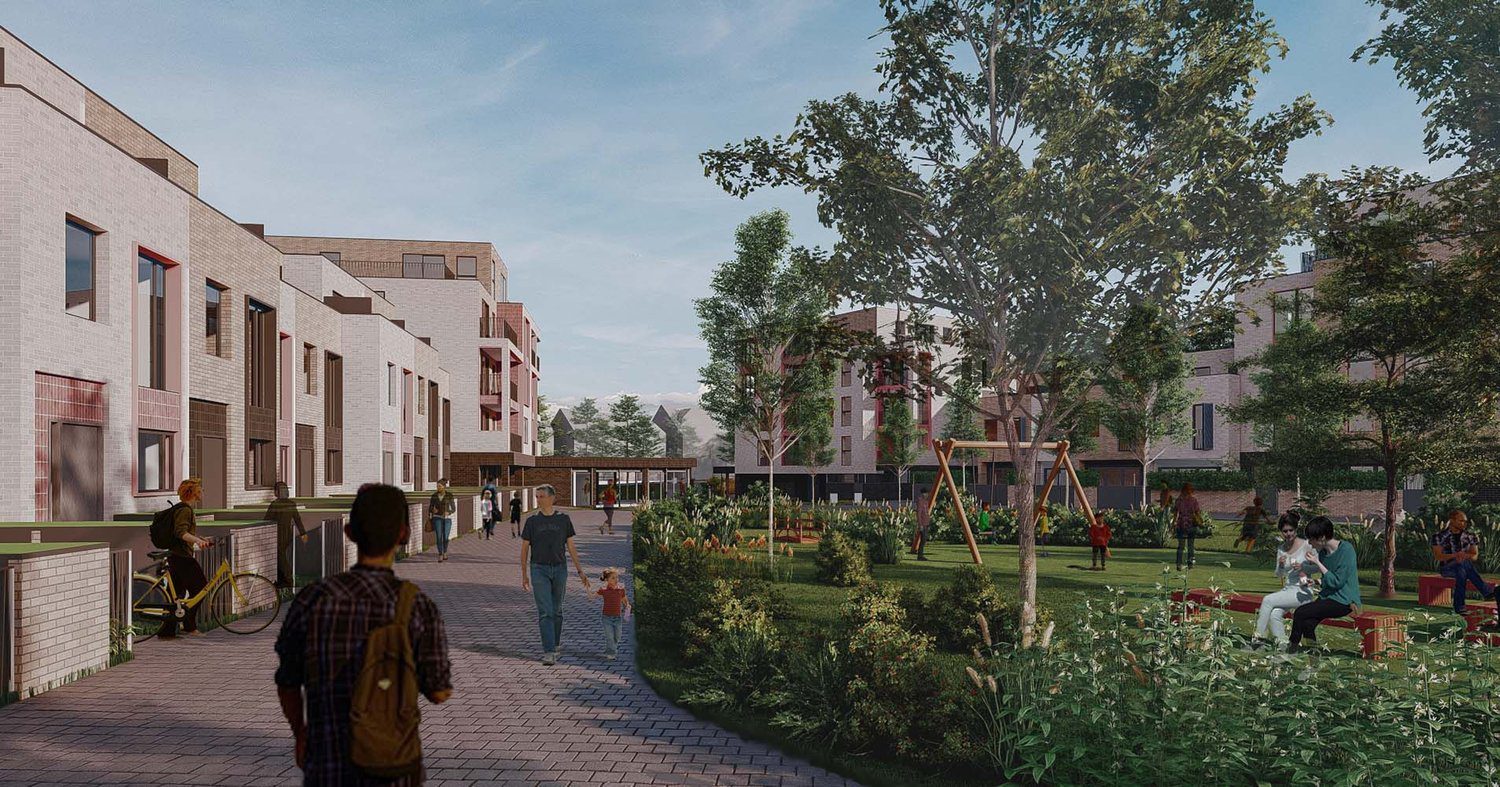 A former school playing field currently used for grazing horses will be transformed into 140 new homes.

It will be the second development on the field off Duppas Hill Road, Croydon.

Croydon council indicated it would refuse the application in April 2022 and asked the developer for more information.

However, Conegate Limited took the application to the government’s planning inspectorate on the basis of “non-determination”.

The appeal was upheld and permission was granted.

The council indicated it was minded to reject the application on the basis it would mean a school could never be provided on the site, which it was earmarked for in the Croydon Local Plan.

In the 1930s the field was used by the former Heath Clark School and in the 1970s it became part of Croydon College which closed in 2000 and has been unused since, except for “informal grazing of horses”.

The southern part of the former playing fields is currently being redeveloped into 126 homes, approved in 2020.

The appeal decision from Jonathan Price, an inspector appointed by the secretary of state, reads: “The proposal provides a number of benefits.

“It would help meet the increased housing targets brought about by the 2021 London Plan, including the good proportion of family-sized units and 50 per cent affordable provision needed in Croydon.

“These benefits attract significant weight, as do the economic ones deriving from the scheme.”

The development, close to Waddon railway Station, includes 40 three-bedroom houses and the remaining 100 are flats between one and three bedrooms big.

All have balconies or gardens and there will be a communal garden in the centre of the development.

The development includes a new ‘community hub’ as well as a cafe, public toilets and a cafe.

Writing on behalf of the application, a Savills spokesperson said: “The applicant is working closely with local community groups to develop these spaces to ensure they meet the needs of the specific end users, such as local art groups, schools and local sports groups.”